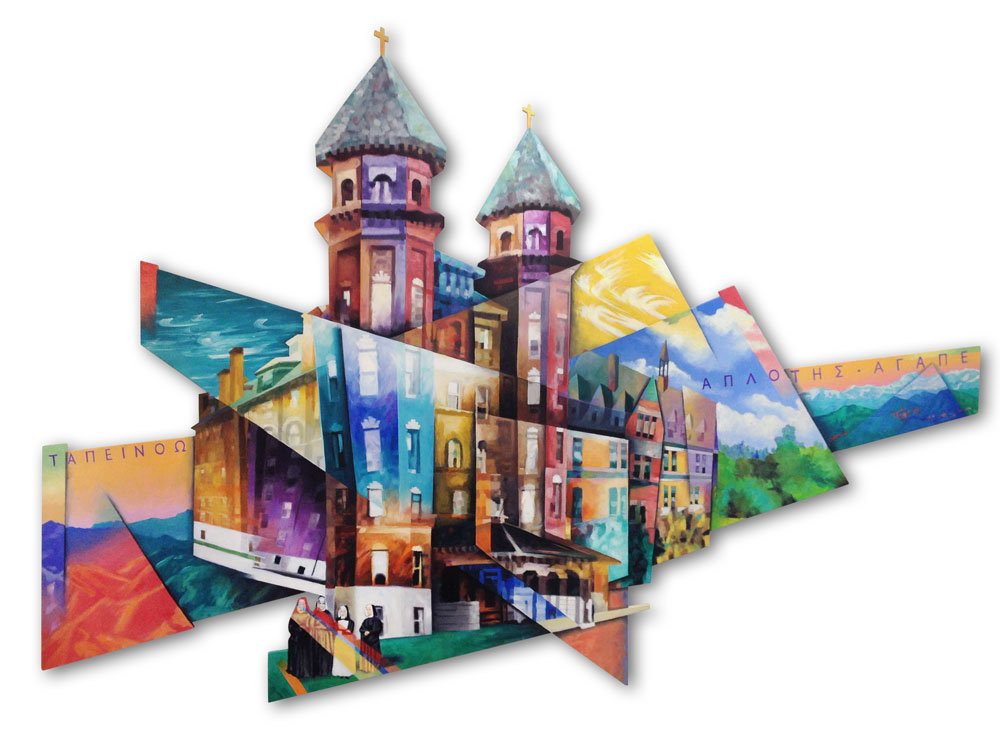 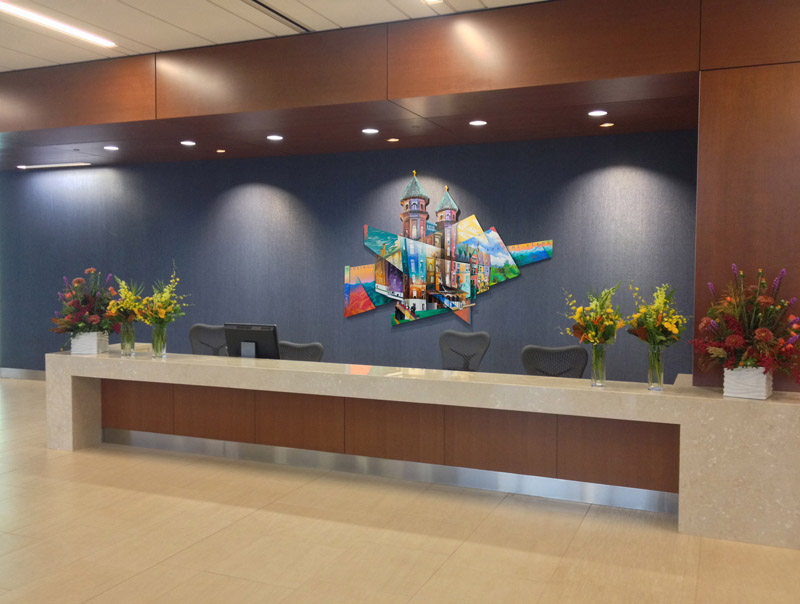 A commission for the lobby of Exempla Saint Joseph Hospital, Denver CO, this painting features…

the hospital’s 19th-century stone twin-towers buildings. Saint Joseph has served as a faith-based hospital in Denver since 1873. For my proposed painting I chose to use an earlier building, created in the late 19th century, to symbolize the presence of the hospital in the community. I also included elements of distant and close landscape. And I included Sisters, symbolic of the four Sisters of Charity of Leavenworth Kansas who came out to Denver in 1873 and create this Hospital, which they still own. I composed the image with a cubist-derived drawing system to suggest the ways that history, memory and community are a multi-layered creation. The painting was also designed on an irregularly-shaped substrate in order to make the piece “uplifting, warm, inviting.” The distinctive shape  also serve as a “way-finding” device, hanging over the front desk, as requested in the RFP.

Images that are not square will have prices listed below the image.

Many of my images can be prepared in custom sizes and aspect ratios. Images can also be produced on paper or other substrates. Email me for prices.